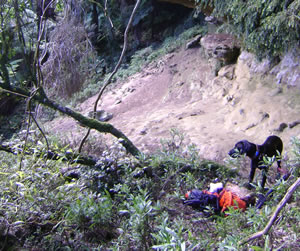 WACNZ (2007) Ltd has specialized in back country or remote locations contracts, this is usually camping in tents or from huts.

To obtain precise information on goat kills and area hunted within the contract area, a data recording method is used. This method utilizes a 62s or 60csx GPS that tracks the hunter on his daily hunting route.

Each team member is issued with a hunter’s diary, which they are required to complete each day. Each record consists of goats killed, sex and their location.

By recording and analyzing this information, managers are able to assess the progress of the hunting operation (i.e. which areas have and haven’t been hunted), assess goat distribution and identify any likely “hot spot”. This information also allows managers to set priorities for the following years.

Any high priority area will receive more intensive hunting especially those with high conservation valves or erosion problems, as indicated by the supplied map.

The expected hunting effect is 40> H/a’s in thick bush and 500 >H/a’s per day on open farmland and is only an approximate – this is influenced by goat numbers, terrain and stock numbers within the treatment area. 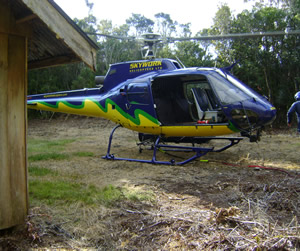 WACNZ (2007) LTD has aligned itself with two reputable helicopter companies whose staff are experienced ex deer recovery/capture pilots who are familiar with both piston and turbine helicopters.